Of wildflowers and weeds 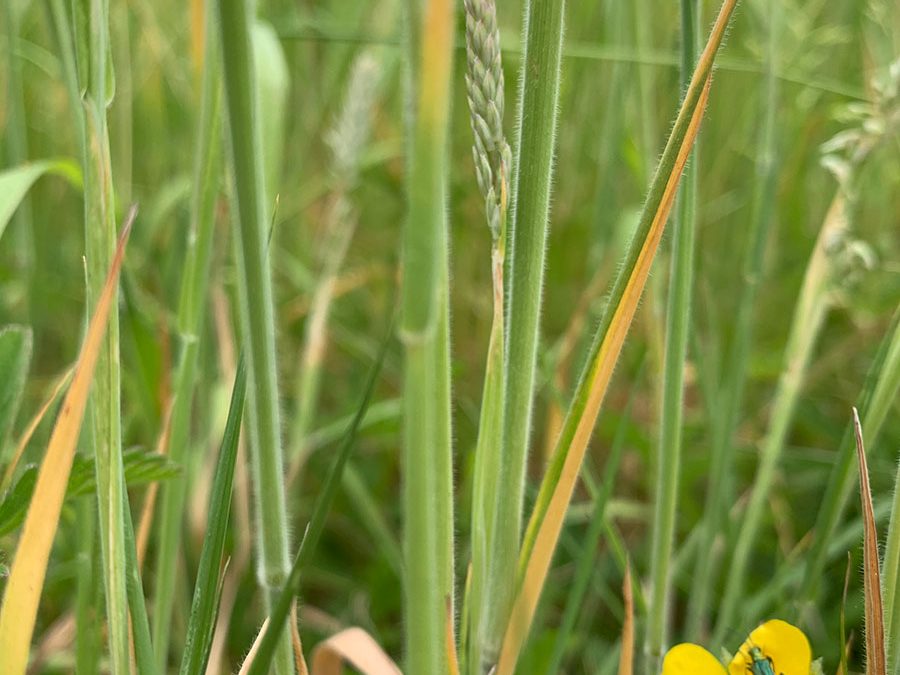 Hi everyone, I’m Michael, the holder of a plot at Brook Street. As a profession I’m a gardener specialising in wildlife-friendly garden design and have studied ecosystem development extensively. After discussing on several occasions with Karen, I’m excited to start managing the wild patch near to the allotment gates and hopefully get a little more flower in there next year…and a little less horsetail grass!

I did a cursory survey of the area with an ecologist friend two weeks ago and in ten minutes we had identified 32 species of plants. Among others, we found several species of vetches, knapweeds, trefoils, willowherbs and cinquefoils, as well as clover, chickweed, cutleaf geranium, creeping buttercup and dog rose, all of which are great food for pollinators. They are, however, already being out-competed by the nine species of grass that we found, as well as the more thuggish plantains, docks and, yes, horsetail. Already, the lesser-trefoil is only present around the edges of the patch.

This is not surprising. A meadow, by definition, is a piece of land that is cut for hay-making; the grass needs to be managed or it will easily take over. So we’re going to make a start on that this summer and hopefully get it looking a lot more colourful and full of life for next year. However, I don’t want to fence it off (it’s not mine!) or exclude the rest of the allotment holders from the area so I’ve come up with a fairly unorthodox method of meadow-establishment. Bear with me here…

This summer, I’m taking the existing grass right down. The first cut you’ll see me doing with hand shears, allowing me to check carefully for insects and other life, nests etc. It’s slow and somewhat back-breaking but worth it. I spotted a number of beautiful insects yesterday including a field digger wasp (Mellinus arvensis) and a gorgeous flower beetle (Oedemera nobilis), pictured. Cutting slowly and in stages also allows anything living there to get out of my way before the machinery comes in. After this first cut, the grass needs to be kept to within an inch of its life for the rest of the growing season and I would invite ANYONE with a mower or strimmer to take a pass over it whenever they have the time to do so. The more it’s mowed, the weaker it’s hold over the space and the better chance of establishing healthy flowers next year. All the clippings will be taken away and destroyed, further reducing the soil fertility: grasses like a rich soil whereas most wildflowers thrive on poorer soils.

That above is fairly standard practise. The next bit is not!

I’m then going to cut a series of square specimen beds into the existing turf arranged in a grid pattern. Within each of these squares I’ll sow or plant a specific wildflower. Next summer, again I would like to invite everyone to spend time passing among the beds and seeing what insects are attracted to what flowers. I’m hoping that this will be something of interest to many of you, especially perhaps those with children. I’ll be able to help identify insects from photos too.

As seed heads start to swell on these test beds, the turf paths surrounding some of them will be cut away, allowing the seeds to mingle into adjoining spaces. In the third year, assuming all goes well, the final turf strips can be cut away and the flowers should then be able to look after themselves. Moving on from there, a meadow should have a single mow annually, gathering up the cut stems only once they have dried and dispersed their seeds, and then be left to it’s own devices for the rest of the year.

A note on horsetail grass as I know that this is of concern to many of you: it spreads mainly through underground root systems, which can go as far as two metres deep into the soil. Even direct injection of glyphosate into the stems is unlikely to kill off a root system once it’s developed but what glyphosate will do is turn the plant and all those around it toxic for insect life. And give you cancer. Horsetail cannot be dug out as every piece of chopped root becomes a new plant! Although this sounds quite miserable, it’s not as bad as all that. The constant mowing of the area will severely reduce its ability to regenerate (an incentive to get involved?!) and, once planted next year, a lot of the horsetail will be overtaken by thriving flowering plants. It doesn’t compete well with others for light and space. If you have horsetail in your plot the best way to manage it is by constant hand-pulling. It will, eventually, lose its strength. The fruiting bodies appear quite early in spring while the grass is still low: they are brown and look rather like mushrooms. These should also be pulled as soon as you see them.

I really hope that this is interesting to some of you! If you’d like to know more or have any further questions on the project, feel free to come and have a chat whenever you see me around!